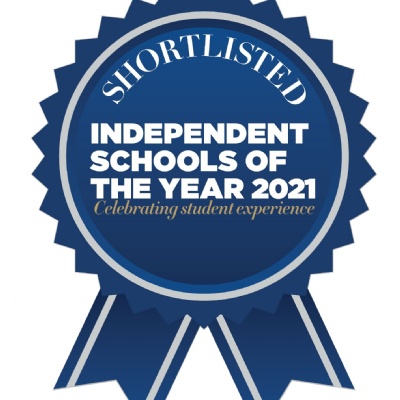 It's been quite a year for Rendcomb College, a beautiful co-educational day and boarding school for 3-18 year olds set in the heart of the Cotswolds.

As with schools UK wide, we've had to deal with the rigours of negotiating a global pandemic, whilst continuing to deliver exceptional teaching to our pupils.

Amazing then, that we've been nominated for four prestigious awards this year!

The awards recognise the College’s ongoing commitment to developing Thoughtful, Adventurous and Academically Ambitious pupils, as well as our role in pioneering the Feeding Communities initiative through our catering supplier, Thomas Franks, during the pandemic and beyond.

Both areas secured Rendcomb College a 'Shortlisted' status for both Boarding School of the Year and Whole School Community Initiative of the Year from the Times Educational Supplement (TES) Awards.

The Boarding Schools’ Association also recognised the amazing work that we did in supporting communities during the pandemic, awarding us 'Finalists' in the Best Community Work award.

Most recently, Rendcomb College has been shortlisted by the Independent School Parent awards under the Boarding School category. Finalists and results will be announced in the autumn.

Dr Helen Wright, The Chair for the 2021 Awards stated in her letter to the Rendcomb College: "The response we have had to Independent School Parent magazine's Independent Schools of the Year 2021 awards has again been overwhelming this year, and we are thrilled that a record a number of schools from across the country have entered nominations into the 24 awards categories.
"The aim of the awards has always been to highlight the excellence of the student experience in independent schools. On the evidence of the submissions, the independent school sector in Britain is demonstrating resilience and agility, while continuing to deliver a first-class educational experience to its pupils despite having to live with ever-changing levels of restrictions. It has been wonderful to learn about transformative and innovative projects and programmes that are underway from Aberdeen to Truro, and we have so enjoyed reading your stories.
"Furthermore, it is with great pleasure that I am able to tell you that Rendcomb College has been shortlisted for an award in Boarding School category."

It's safe to say that Rendcomb College is making waves in the independent sector under the progressive leadership of Head of College, Rob Jones.

"I am absolutely thrilled that Rendcomb College has been recognised by these three prestigious bodies for the work we have done at the College over my time here as Head” commented Rob.

Rob continues; "With nearly 1,400 independent schools in the UK, to be recognised as one of the top educators in this sector is no small feat for our wonderful, countryside school"

If you are considering private school education for your children, Rendcomb College is up there among the best in the country, but don't just take our word for it. Book in to visit us at our Open Morning on Saturday, 25 September 2021. We would be delighted to show you around.