Work has begun work on the extension and refurbishment of a new boarding house which will welcome boys and girls from September 2019. 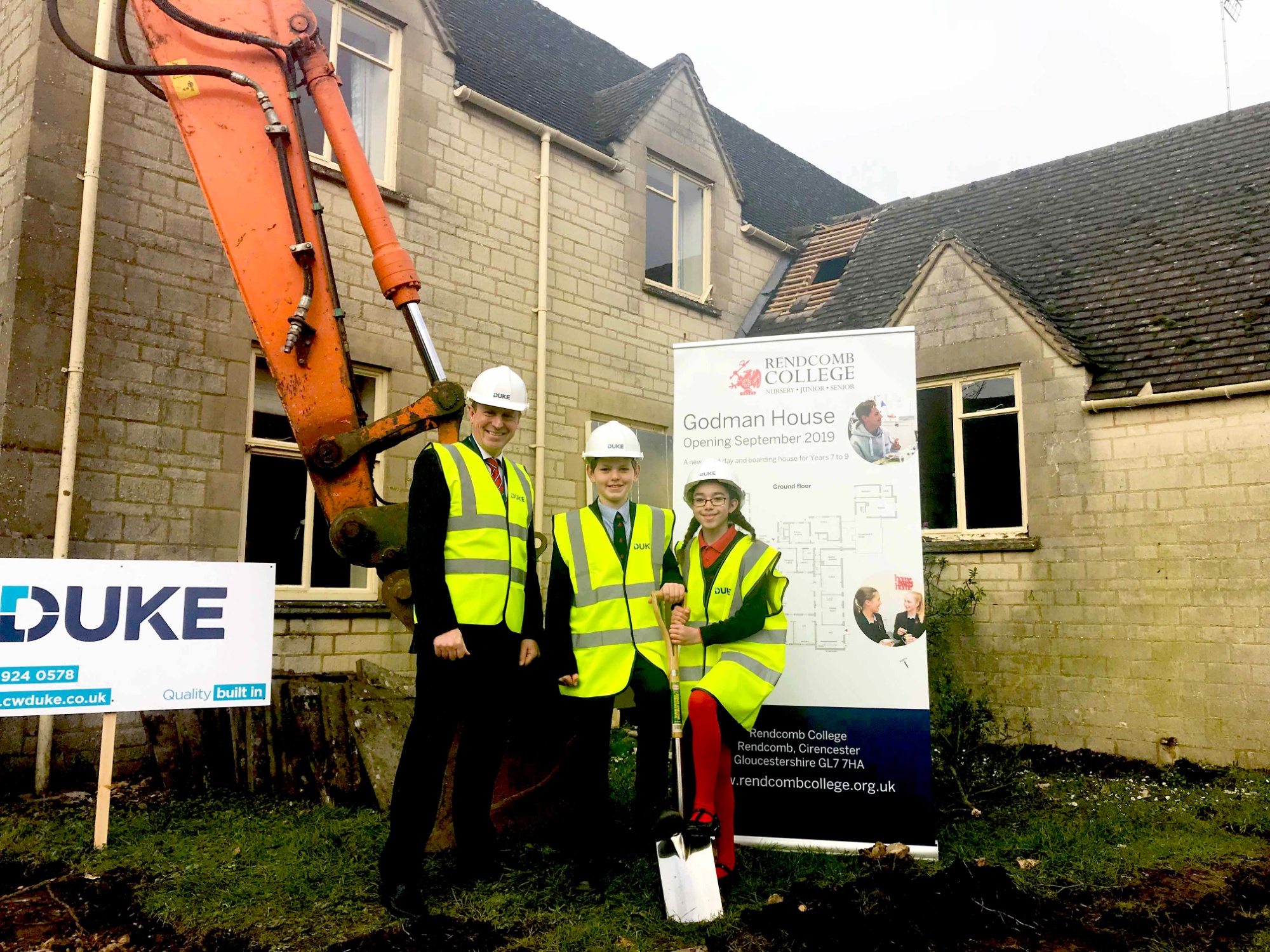 The building, known as Godman House, is currently home to girls aged 11-14 (Year 7 to 9), but from September the extended 40-bed house will be opened to both boys and girls. This will continue the co-education enjoyed by pupils in the Junior School.

Pupils Bella Roberts and William Wolton will both be among the first group of pupils to move into the house when they join Year 7 and 8 respectively in September. Bella said: “I’m looking forward to seeing the new house and being able to see my big brother more during the day.” William, who is currently in the boys’ house which is merging with the girls’ house in September said: “I’m looking forward to having much more space!”

The house will have separate boys’ and girls’ wings with a modern atrium-style common room in the centre. Study rooms, changing rooms, a kitchen and a games room will also add the necessary break-out spaces for busy and active teenagers. A full team of pastoral staff will live on-site in the house’s staff quarters and they will ensure that all of the children in the house are supported and feel at home.

The new accommodation will also provide families with plenty of flexibility. Children can be full, weekly or flexi boarders or they can stay over on ad-hoc occasions depending on availability. Day pupils will also be able to stay until 8pm.

Head of College, Rob Jones said: “Opening a co-educational house has many benefits for our pupils, not least the further development of the family atmosphere for which Rendcomb is rightly proud. By bringing the Year 7 to 9 pupils into one purpose-built building, the pupils can enjoy excellent facilities in an environment that is similar to family life. This building is another example of our commitment to outstanding pastoral care for boarding and day pupils at Rendcomb College.”

Co-educational boarding is not a new idea for Rendcomb College; the Sixth Form House has been home to boys and girls since girls were first introduced to the school in 1972.

The new layout and extension has been designed by local surveyors, James Slater and work on the ground is being led by building refurbishment and fit out specialists, CW Duke.

Once the boys move into the new house, their building will be converted into a new Sixth Form Centre to be opened in 2020.