When and for how long did you attend Rendcomb College?

I joined Rendcomb in 1990 at the age of 11, I think that that was Form 1 (it's been a long time). I remember being in The Old Rectory, looked after by Mr and Mrs Woods, who were great at supporting nervous and homesick first-time boarders. My favourite memories from the Rec was midnight feasts and being in the attic rooms.

From there we spent a year or two in Godman House before moving to one of the Senior Houses. Because I liked sport, I was put in Lawn House which was considered the sporty house. This allowed us to go out and spend hours on the football pitch next to the sports hall and annoying the neighbours by constantly kicking the ball into the gardens over the wall. I left Rendcomb after my GCSEs in 1995, so didn’t get to experience the Sixth Form.

Do you have any special Memories from your time at Rendcomb?

It all revolves around the grounds and the fantastic buildings. The huge red brick walls lining the football field were always something I remember as we ran through the gap and up the hill, all the way to the sports pitches. I also remember the open ground from the front of the main building all the way down to the River Churn at the bottom.

We used to spend all our free time exploring the grounds all the way to the swampy area down the bottom to the bomb cratered woods above the main building.

I think that my career and my future was built upon the time I spent at Rendcomb. Without the fantastic teaching and prep time support, I wouldn’t have achieved such good results. My love of everything outdoors was bred from the opportunities we had in so many sports and activities at the school.

My most vivid memory was of Mr Wright. I wasn’t good at Latin, but I still remember his teaching, being able to deliver his lessons with such a resonant, yet humorous manner. No one messed with Mr Wright and the fact that I remember him best after over 25 years is a testament to him as a person.

What have you done since you left Rendcomb?

After finishing my Sixth Form at a college where I really struggled to adapt to a much more lax form of teaching and learning, I was uncertain of my future. I know I wanted something adventurous, outdoor based and that allowed me to travel, so I joined the Army. Because I had done so well in my GCSEs particularly, I was able to choose a career as a Telecommunications Engineer in the Royal Signals. The Army lived up to my expectations and I was able to travel and explore places such as Nepal, Canada and the Falklands and South Georgia. My job as an engineer was varied and every few years I would be posted somewhere new and have to learn a completely new skill.

My main highlights of my 13 year military career was my posting to Northern Ireland (NI) as a Counter IED (Improvised Explosive Device) specialist. I learnt my trade in NI before tours of Iraq and Afghanistan in 2006-2008.

Unfortunately, after 12 years’ service, my career came to an abrupt halt. 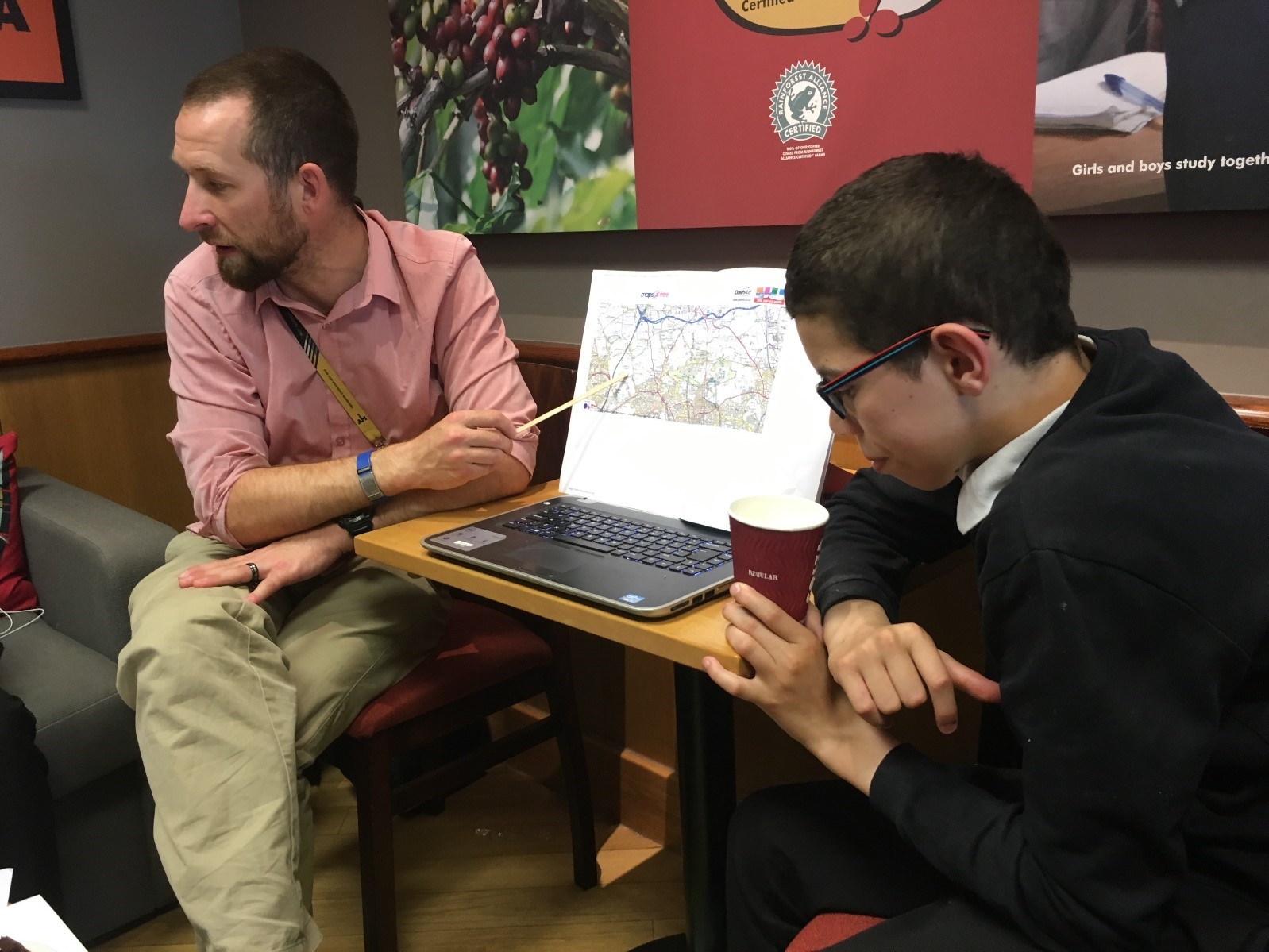 After a knee injury followed by the diagnosis of Crohn's Disease, I could no longer serve and was medically discharged. It wasn’t a good time in my life, the illness had a drastic effect on my weight and mental state and I had just lost the career I loved and wasn’t sure of the future.

It took a while for the Crohn's to be brought under control and during this time I took up cycling as a form of rehabilitation for my knee. Luckily things started to look up, I got offered a job at Mill Hill School in North London as a cover teacher, games coach, occasional DT teacher and Combined Cadet Force Officer. This was a great opportunity for me and I loved working there, doing a wide variety of subjects and activities. Luckily, during this time, I managed to qualify for the Troops to Teachers scheme and after two years, I qualified as a teacher and earned my degree, something I never thought would be possible.

After qualifying as a secondary Design and Technology teacher, I took a slightly unusual step of becoming a form teacher at a special needs school and found it so rewarding being able to use my varied career experience to help the children develop their independence and resilience.

Your injuries must have provided quite a setback. How did you battle through this and achieve all that you have? 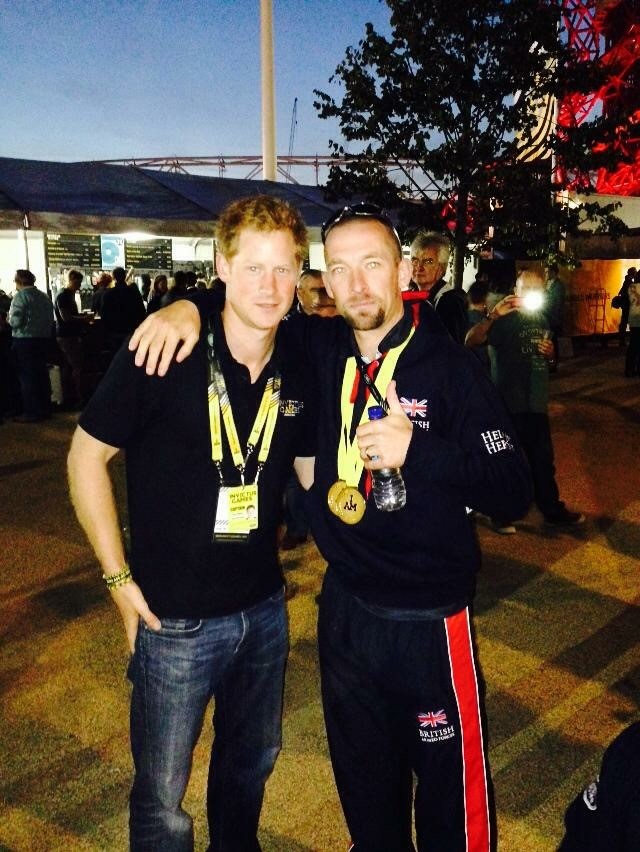 The one thing that has kept me going through all of this, apart from my family, is Help for Heroes. They have supported me since my injury, helped keep my spirits up and allowed me to do things that I never thought were possible.

The first chance I got was the Invictus Games in 2014, which is an Olympic-style event for wounded, injured and sick veterans from around the World. I got selected to compete in the cycling events and wow, what an experience! I got to meet some amazing people including Zara Philips and was interviewed on BBC TV and even met Prince Harry who is the founder of the Games.

I was lucky enough to win both my events and this only spurred me on to further challenges. I competed in the 2016 Orlando Invictus Games, where I managed to retain my title as Road Race Champion and just last year in 2017, I competed with seven other injured servicemen in the Race Across America (RAAM), a 3300 mile race from Los Angeles to Annapolis, Maryland. We faced 170,000 feet of climbing and 45 degree heat, but what an amazing experience riding at sunrise through Monument Valley and the hellish climbs in the Appellations. We managed to complete the race in six and a half days and set the fastest time for a disability team.

Do you have any advice for Rendcomb College pupils?

Life has had its ups and downs and, I believe Rendcomb gave me a great grounding and foundation to develop into the person I have become. I would say that life can take you in strange directions and my advice to pupils at Rendcomb is to do your best at everything, even if you are not keen on a particular subject. For example, I was not a fan of Physics and ended up being an Engineer in the Army, and I was also not keen on English and Maths and now I am teaching it to my Special Needs pupils.

Rendcomb is a fabulous school, with lots of options and a great way to start your young lives. Looking to the future, I’ll share a part of The Invictus Games poem;

I am the master of my fate;

I am the captain of my soul. 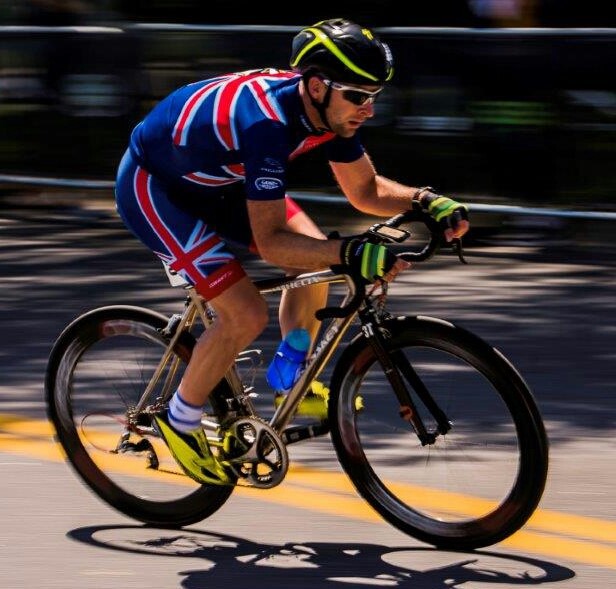