IORA & Friends to perform in January at the Griffin Theatre

A night of music and comedy in aid of CHYP. 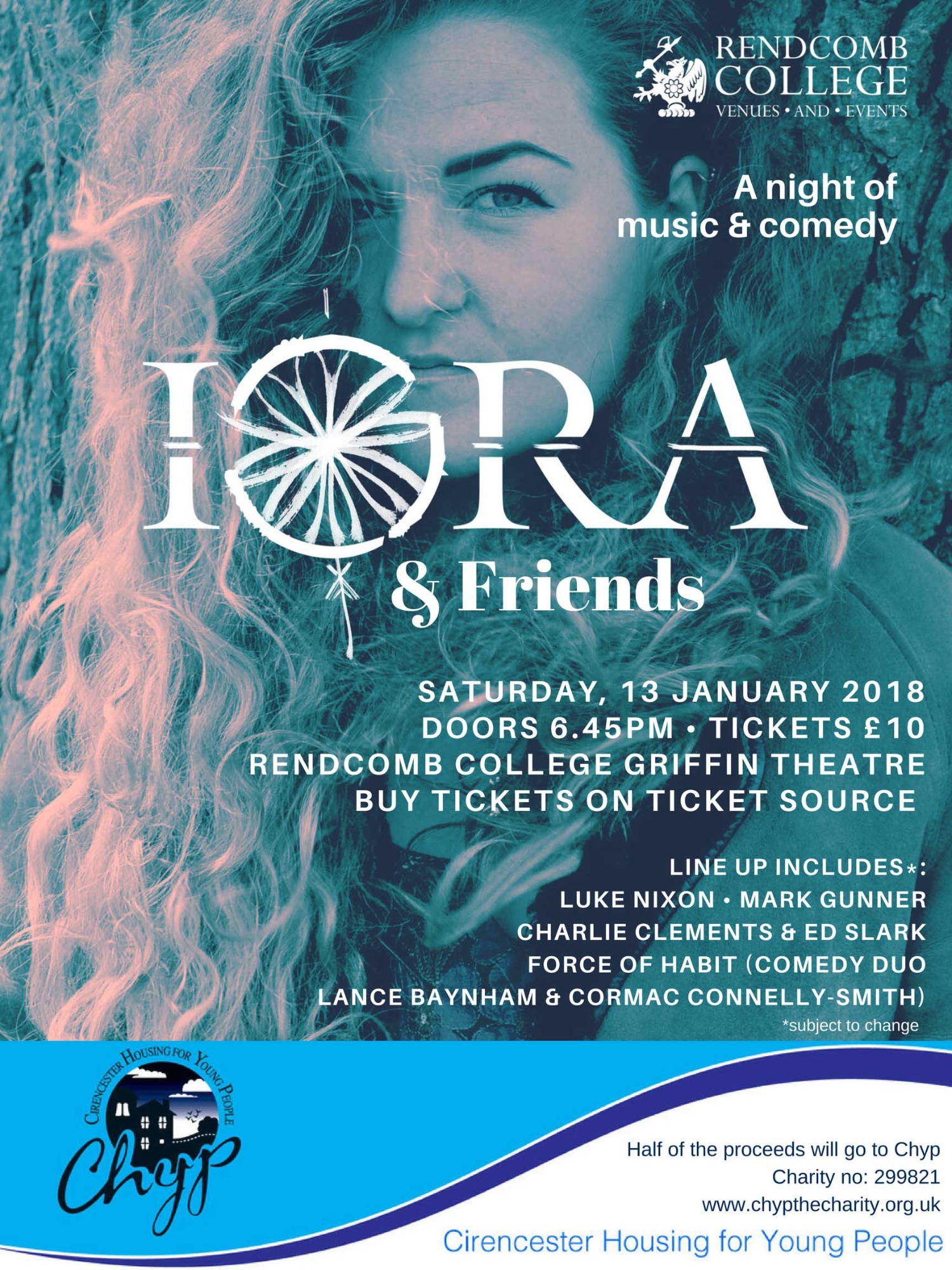 An evening of music and comedy supported by The Old Rendcombian Society and Rendcomb College.

IORA is a 23-year-old singer-songwriter originally from Cirencester who moved to Manchester to study. Inspired by both life in the country and the city, she combines vocal and instrumental harmonies with electronic samples and sounds. This intriguing mix blends folk tones, a versatile voice and haunting arrangements. This summer she appeared at the 2,000trees festival in Cheltenham and the Dot-to-Dot festival in Manchester. Her single “Thieves’ Den” has been played on BBC Manchester Introducing.

Joining IORA on stage will be Force of Habit. This comedy duo met whilst supposedly studying for their history degrees at St Benet’s Hall, Oxford. Performers Lance Baynham and Cormac Connelly-Smith have spent three years being not particularly funny, and now plan on taking that mediocrity to the stage for all to enjoy.

Mark Gunner, a singer-songwriter who accompanies himself on the bass guitar, will also be performing. A talented and versatile musician, his set showcases his own compositions about love and life. Charlotte Clements and Ed Slark will sing classical duets and Luke Nixon with his writing partner, Josh Philips, will perform parts of their new musical
which opens in London’s Canal Café Theatre in February.