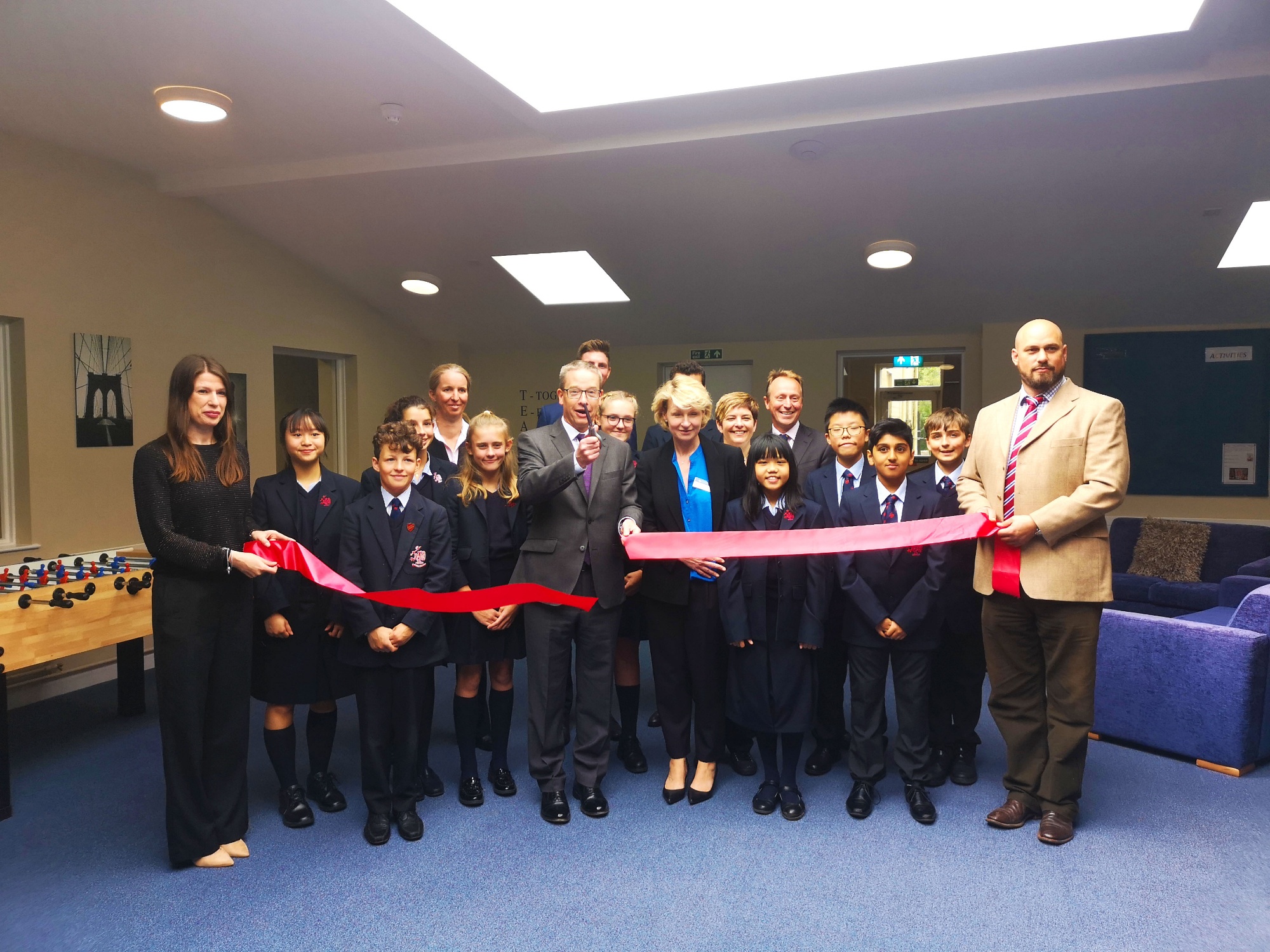 Rob Jones, Head of Rendcomb College, said: “I am very grateful to Robin for coming to open Godman House. Our new co-educational house for day and boarding pupils reflects the importance we place on family and community at Rendcomb. I have no doubt that the pupils will enjoy living and working together in this wonderful environment under the careful guidance of the Housemistress Jo Bond and her pastoral team.”

Godman House can now accommodate up to 115 day/boarding pupils from Years 7-9 (ages 11 to 14) and can sleep up to 40 students in its dormitories.

Jo Bond, the Housemistress of Godman House and some of the boarders took Robin Fletcher on a tour around their new home.

Robin commented: “It was a real pleasure to revisit Rendcomb College and see the wonderful improvements to Godman House. The new-look house is brilliant, full of great new features and bright open spaces. It’s clear all the boarders love it too and are having a huge amount of fun.”

Robin met a number of pupils who are now making use of the new House and also met the pastoral team including the Matron and Assistant Houseparents. Also in attendance at the event were Godman House’s building contractors, CW Duke, and the project architects, James Slater and Co.

To close the event, Robin and the Head were cheered on my pupils as they played a friendly game of table football in the new common room and cut a ceremonial ribbon to mark the occasion.

The Godman House project is just one of many developments that Rendcomb College has undertaken in recent years to improve teaching and learning facilities, co-curricular opportunities and pastoral spaces. New facilities include the 350-seat theatre, Astro Turf and performance gym. In 2020, a new Sixth Form Centre will open.